An evaluation of selection factors for antler growth in red deer (Cervus Elaphus) : a dissertation submitted in partial fulfilment of the requirements for the Diploma in Field Technology at Lincoln College

Fourteen male red deer (Cervus Elaphus) were studied over a period of 4½ years, to determine the effect of liveweight changes on antler growth. Significant positive relationships were found between liveweight and velvet antler yield both within and between antler growing seasons. Trends observed in this analysis indicate that liveweight at 16 months of age, could be an effective guide to the selection of superior antler producing stags at an early age.

Digital dissertation can be viewed by current staff and students of Lincoln University only. 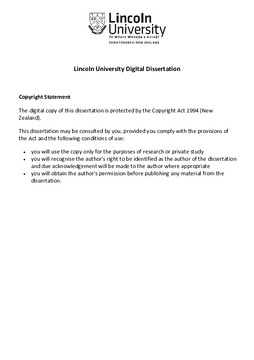