A review of rentals for pastoral leases

This Institute has continued to investigate aspects of management of tussock grass lands and mountain lands that were judged to be important for these lands or for their uses. In the course of our monitoring of pastoral production changes during the 1960s and early 1970s, some evidence emerged that suggested marked differences among different classes of runs in response in pastoral output to technological development. Such differences would in turn suggest fundamental differences in economic rent of pastoral lands. 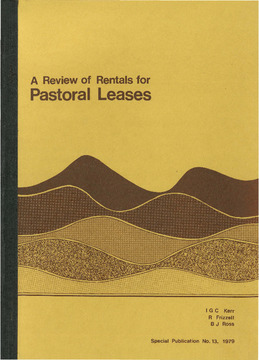