Wine production and consumption in China has been increasing rapidly. The wine producing regions are mainly in the drier northern part of the country and span the geographic breadth of China from west to east. About 80 per cent of the wine consumed in China is produced locally with the remainder imported. New Zealand’s wine exports to China increased from less than $24,000 in the year 2000 to $28 million for the 12 months ending October 2012. 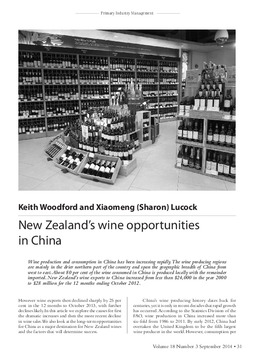