On the West Coast, residents had noticed a decline in numbers of blue penguins, but the evidence was anecdotal. No bird counts or distribution surveys had been made, so numbers were unrecorded, and the breeding season was also unknown. The West Coast Blue Penguin Trust have conducted surveys and research, and have been raising public awareness of the potential threats to blue penguins. 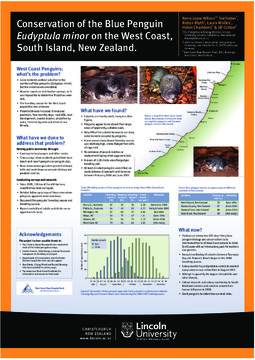